Moscow, Russia, 11/06/2007..Two Putin supporters toss leaflets from a roof-top and raise a banner which read "The march of foreign currency prostitutes" during the latest anti Kremlin demonstration. Some two thousand opposition demonstrators gathered in central Moscow under the banner of the Other Russia movement led by Garry Kasparov and Eduard Limonov, leader of the banned National Bolshevik Party. A planned march was banned, and the demonstrators held a meeting in a central square instead. 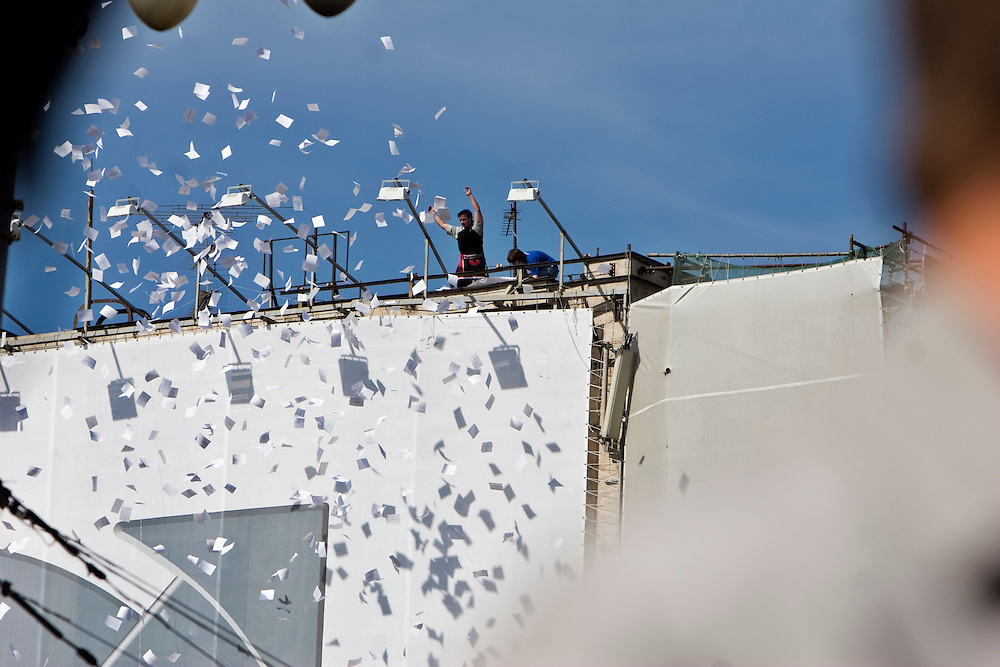