Moscow, Russia, December 1996-January 1997..After years of neglect Sandunovskaya Banya, Russia's most famous public bath-house, has been restored to its former spendour. Located close to the Kremlin, the 100 year old baths used to be popular with Communist Party cadres. Today they are a favourite meeting place for Moscow's nouveau riche..Banya staff in the Sandunovskaya basementwatch an old Soviet film on television while tying birch leaves into veniki, which bathers use to beat themselves with while in the steam room.. 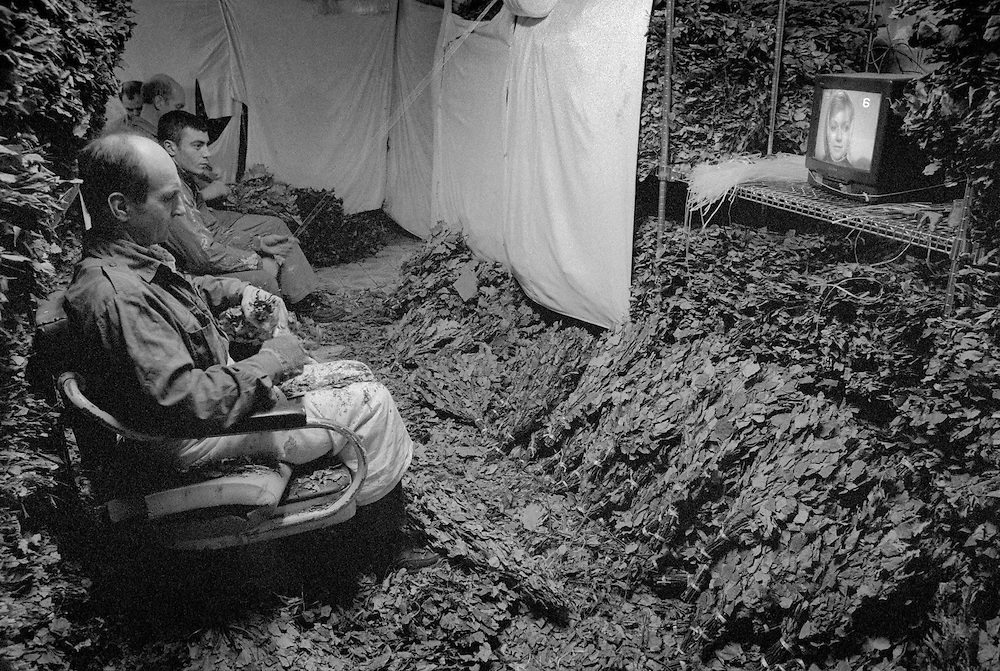