Moscow, Russia, 22/10/2011..Police arrest counter-demonstrators distributing playing cards mocking organisers at a Russian nationalist protest “"Stop Feeding The Caucasus" against the alleged over-subsidisation of the North Caucasus region, including Chechnya, by the central Russian government. The campaign has been organised by the Russian Public Movement and the Russian Civil Union, who have joined under the common banner of The Russian Platform. 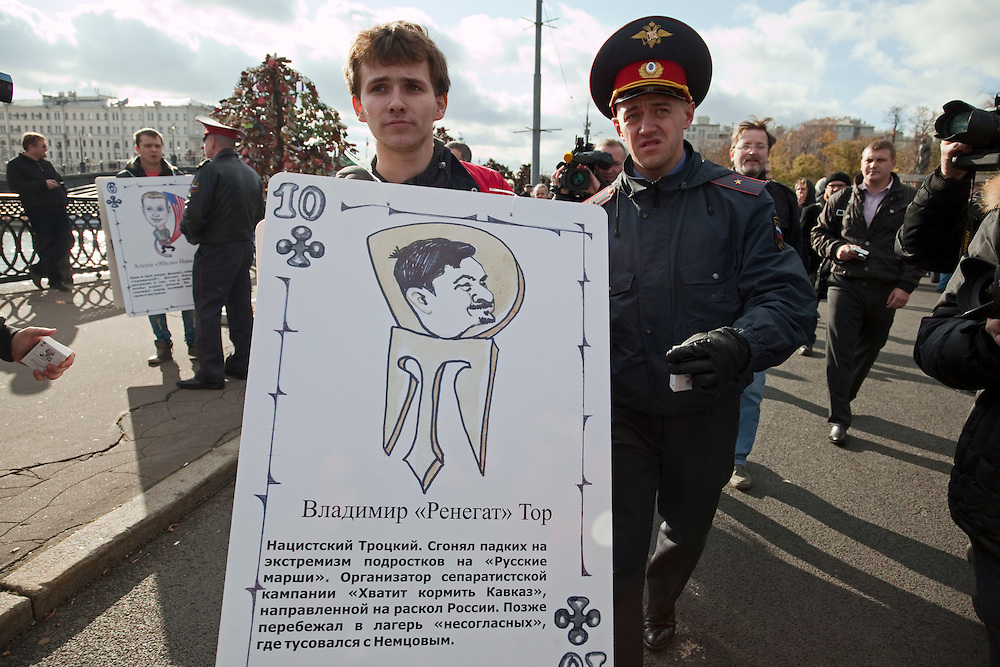