Moscow, Russia, 01/10/2012..An anti Pussy Riot protester stands beside an inflatable sex dolls with the names of Pussy Riot members outside Moscow City Court. Supporters and opponents of band members Maria Alyokhina, Yekaterina Samutsevich and Nadezhda Tolokonnikova demonstrated outside the court as the three appealed against their two-year jail sentence for their performance in the Christ The Saviour Cathedral. The appeal was postponed until October 10th after Samutsevich fired her lawyer. 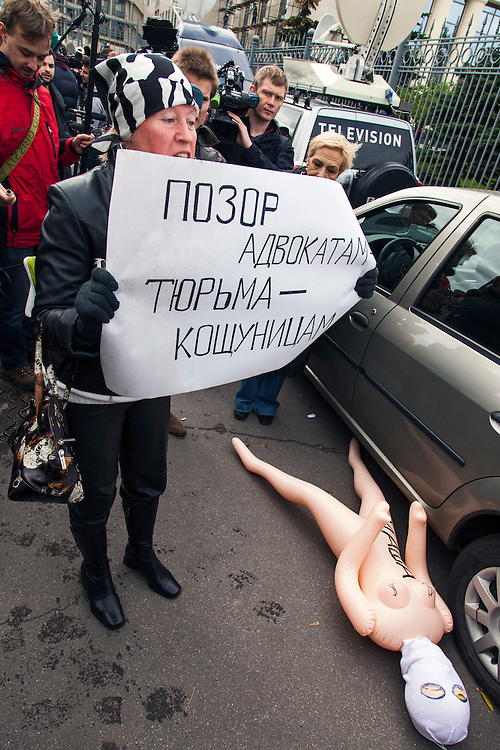