Moscow, Russia, 25/07/2010..A man recites a poem by Vladimir Vysotsky as hundreds of Russians gather at the grave of the legendary bard singer, poet and actor to mark the 30th anniversary of his death. Vysotsky, an alcoholic and heroin addict who died in 1980 aged 42 of a heart attack, is best known for his songs of Soviet prison and military life, and his acting on stage and screen. Much of his work was officially unpublished during his lifetime, and he remains a potent anti-authoritarian symbol of protest to Russians of all ages even today. 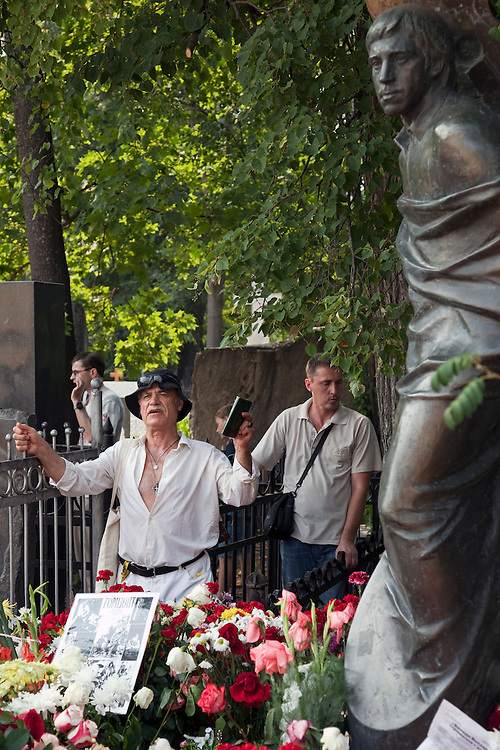