Moscow, Russia, 09/05/2005..Russia celebrates the 60th anniversary of the end Second World War, generally referred to in Russia as the Great Patriotic War, with a military parade through central Moscow and Red Square. Many soldiers were dressed in wartime uniform and carried Soviet-era banners, and veterans rode through the square on wartime trucks. A military veteran talks to Russian soldiers in wartime uniform at the start of the parade. 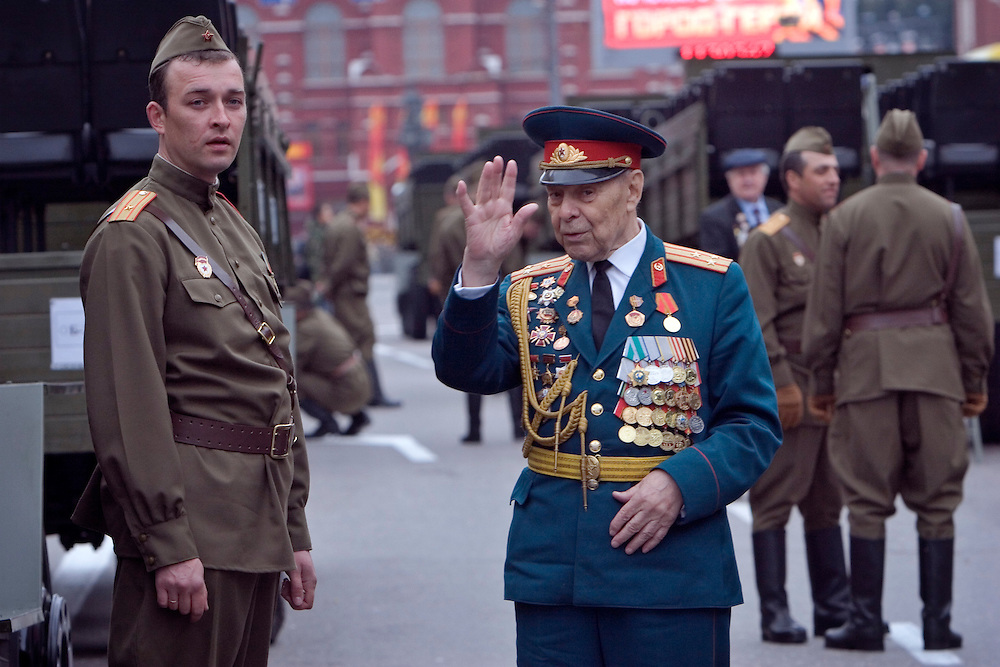